A slight confession here.  We violated the “go only east” rule.  Hobart is southwest of Sydney.  We wanted to visit Tasmania and to reach out to the south end of Australia.  Hobart fits that.  You can go a little farther south but not much.  Flight leaves soon, time to go. 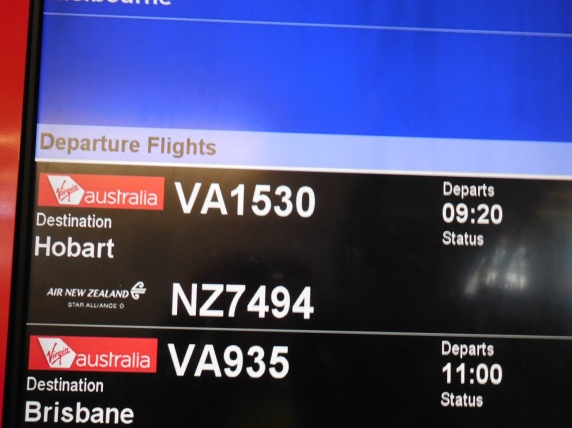 We landed at the Hobart International Airport, taxied to the gate and watched the ground crew guy come out with what looked like a garbage can stuffed with crime scene tape.  He put the can at the point of the wing, stretched the tape to the plane on one side and the terminal on the other and created a jetway.   Hobart Airport is one of the most easygoing, friendliest airports we have ever visited.  We arrived at gate one.  There are two gates at the airport.  We departed from gate six.  No, I don’t know what happened to gates two through five.

This is planned as a rest break.  An easy going couple of days with nothing on the agenda.  Tasmania is like that.  The hustle and the hurry of the crowds and the world’s worries are kept to the major cities to the north.  People here like their little island away from that huge island up there.  At around 225,000, about half the population of Tasmania lives in Hobart.  It is a city that has kept the charm of some of its old, grand buildings. 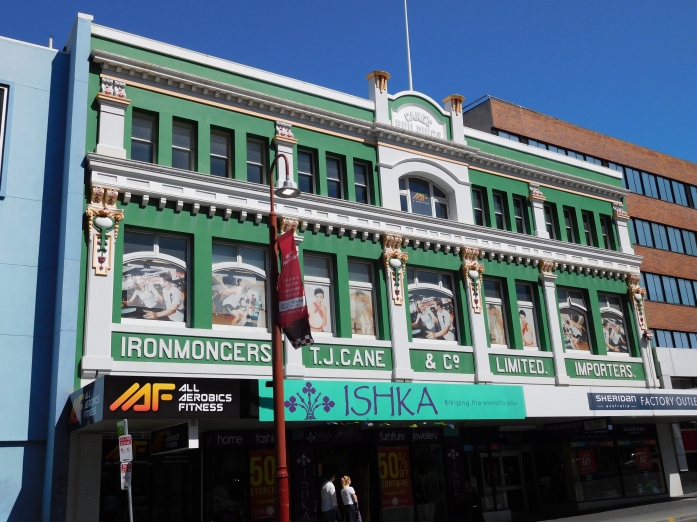 Our hotel was located in an old building…with a modern addition out back. 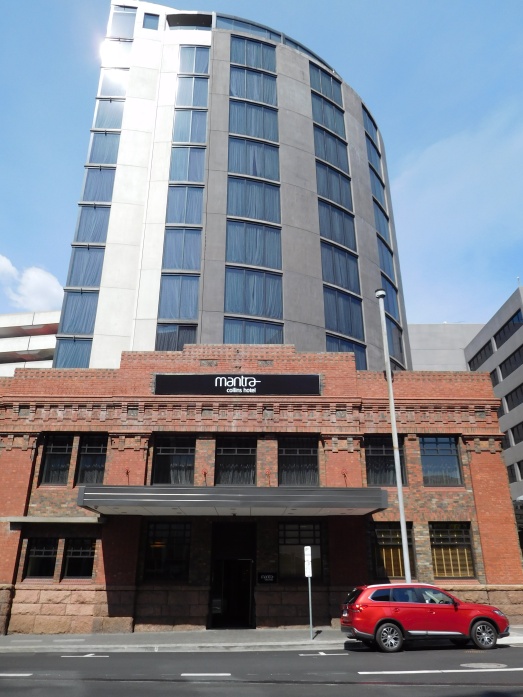 We took a walk to the docks.  I spotted this guy trying to take a selfie with his dog. 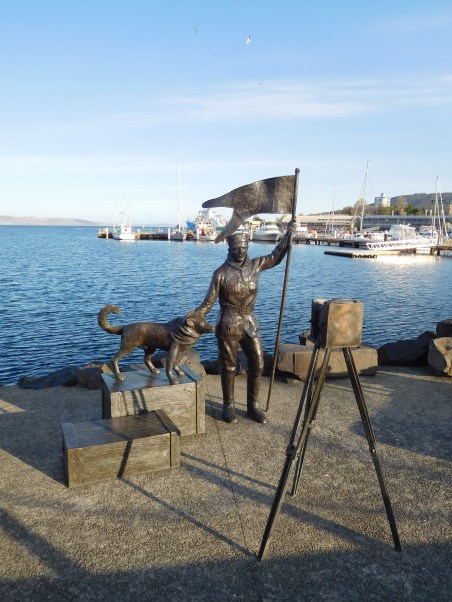 Being the helpful person I am, I helped out.  Now stand still. 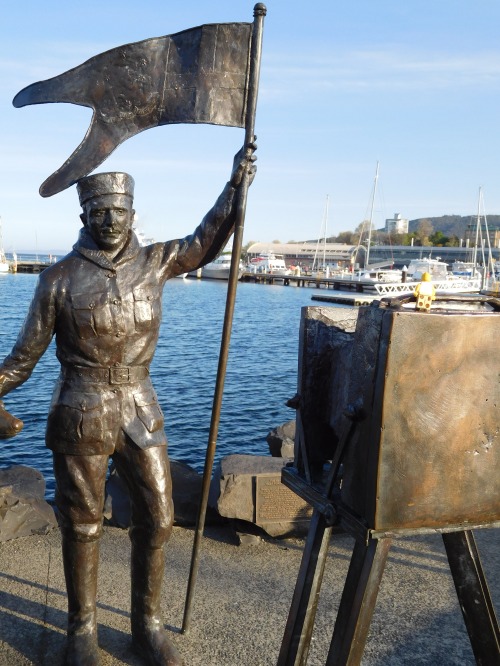 We spotted this cruise ship in the harbor.  Let’s take a sun filled cruise and work on the tan.  I’ve been a little pale (yellow) lately. 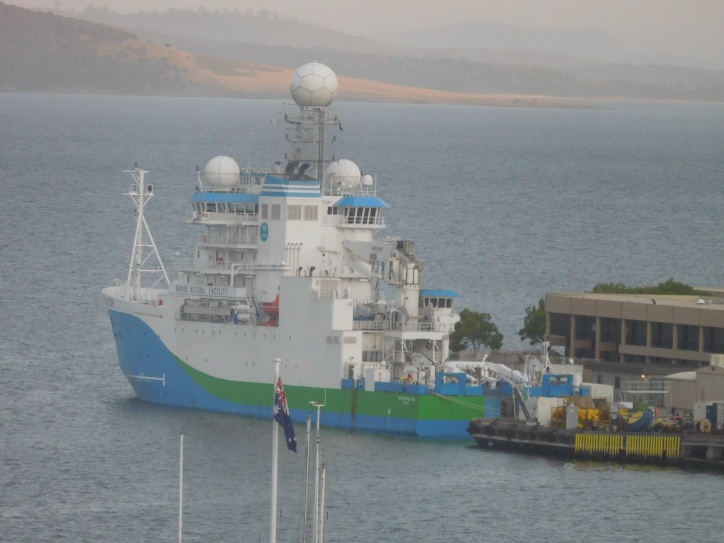 Ah, Ha!  Antarctic research vessel.  That doesn’t sound like a string of fun days at sea.  I think I’ll find something else.  I can just hang out with the statues of the folks I can find to the south. 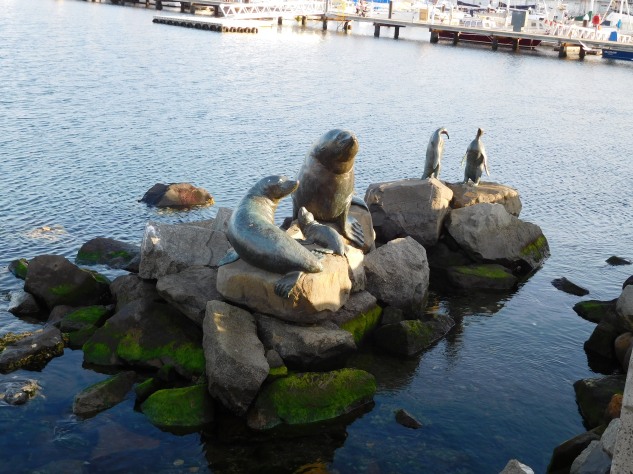 I’ll be fine with this crew.  The only animal I don’t want to meet here is a Tasmanian Devil. 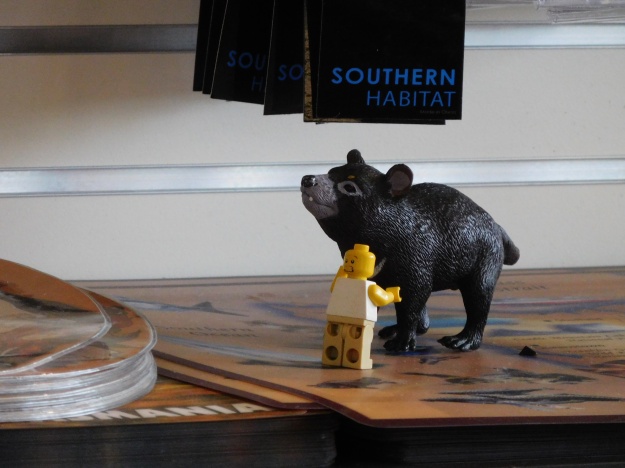 Must be time to leave.  Back to the International Airport to see what choices might be available.

Let’s do this one. 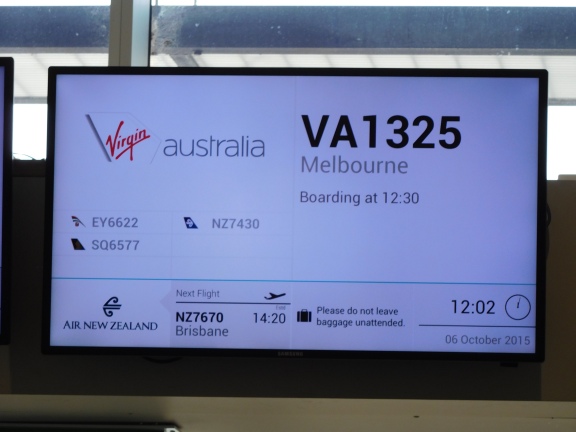 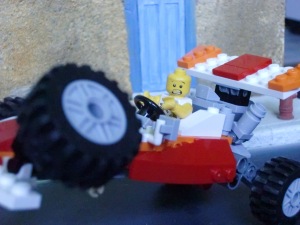