Bubba was put on a plane in Hawaii by his friends Bill and Shannon.  After a grueling flight he landed in Italy.

Hey!  I know this place!  I’m back in Milan.  I’ve been here before and had a great time.  I do remember missing out on one big item.  It was something that may explain the mishaps in my life since then.  I found out it is a vital act that one must perform when in Milan.  I took a train from the airport to the Milano Centrale Rail station and from there a short walk (for those with longer legs) to the Milan Metro and a short ride to my destination.

You put your heel on the nether regions of the Bull of Torino and spin three times.  Good luck will follow.

The architect of this galleria, Giuseppe Mengoni, fell from scaffolding to his death just a few weeks before the completion of this massive work so to ward off that kind of bad luck, people have been spinning on this spot ever since.  OR, this is the symbol of the rival city of Turin, so a little crushing of the parts is a way to crush the rival.  Don’t know, don’t care, I’m not taking a chance this time.

I waited for this guy.

And this lady who looked like she would rather be shopping for purses. 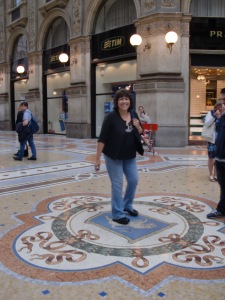 Now that the important part of the trip is out of the way, I think I’ll head down the coast.  The Mediterranean Coast of Italy is a tranquil place where one can recover from a severe form of jet lag.  This is the village of Santa Margherita Ligure just a bit south of Genoa.

Any stop on the coast with a nice jug of an unknown fluid of grape origin is good for the soul.

A stop at Monterosso del Mare is next on the list.  I’ll stop in the church and look for a sign that my good luck from Milan is still with me.

Not quite sure if this a good omen or not.

You can take a nice walk along the shore and take in the great view. 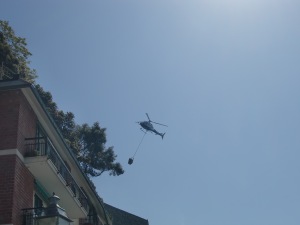 I think I can probably find a better place to stand.

Out into the sea to get a fish eye view of the Cinque Terre shows why this part of Italy is a visitor favorite. 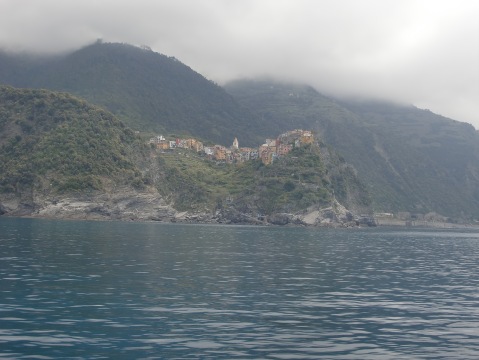 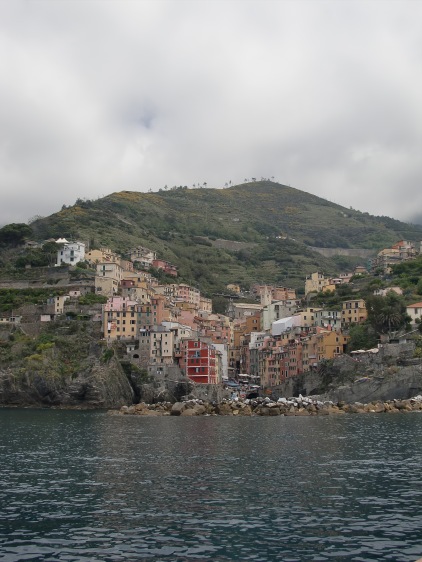 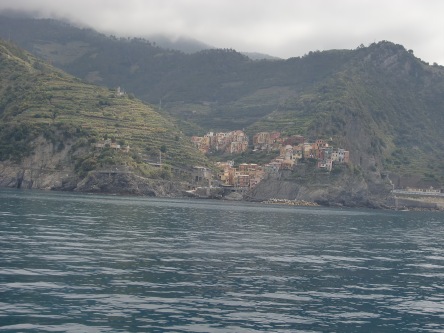 On land it is a slice of Italy you should not miss.  This is where the word “Pitcher-Esk” comes from. 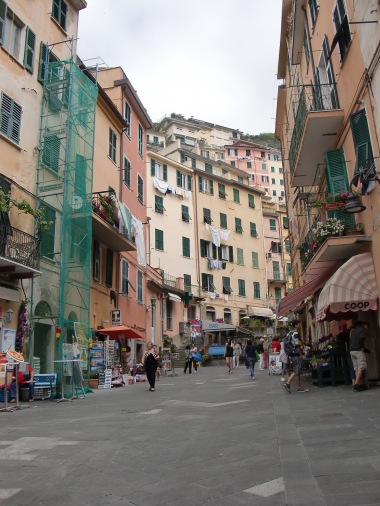 I’ve had bad experiences in water so I think I’ll move inland.