I kind of liked the cigars that Ernie Hemingway gave me so I thought I would go out to the country to see where they are made.  I found this little hut on a farm.

The door was open so I invited myself in.  Inside was this man.  I believe he was sent from central casting in Hollywood.  They asked for a Cuban Tobacco Farmer and they sent this guy. 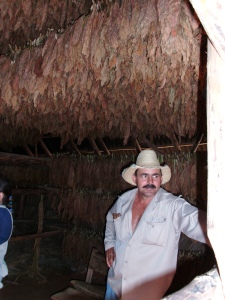 I asked why his hut had all this furry looking stuff hanging all over.  He explained that it was tobacco leaves set out to dry. 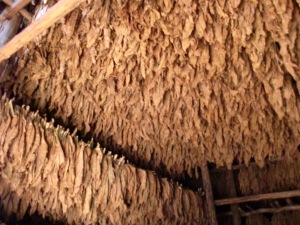 I asked how these dried up piles of leaves turned into that nice smoke and he explained how the leaves are dried, cured and then rolled up.  He showed me and it certainly seemed easy enough. 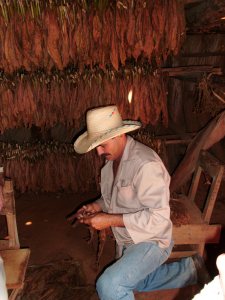 We hung out at his new car for awhile. 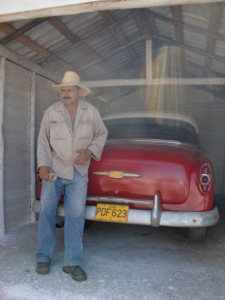 Then he invited me into his house for a cuppa his home grown coffee and a cigar.

I’ve been looking for her in all my travels and just can’t seem to connect.  I offered her a cigar but… 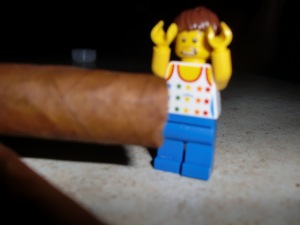 She disappeared right after that.  I may have to give these things a second thought.  They don’t seem to be the plastic chick magnet I thought they would be.  It did attract these chicks though.

I gave rolling my own a shot and got into a bit of a tangle so that the farmer had to assist me with it.

Okay, I’ve learned a lot in Cuba so far.  Back off on the rum and the cigars.

One response to “Cuban Cigars”